Planning out 2012 for this and my other shooting related websites. So far it looks like the first project to be completed with be my 300 blackout build. All the parts are on order and all are out for delivery except one. That one part is the brand new Magpul MOE Rifle Stock which I have pre ordered from Brownells.For now follow the details of this build at our sister site AR15TACTICAL.com. 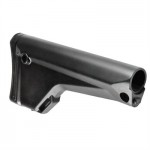 Next up I am seriously contemplating one or two pistol caliber build AR-15’s . I would like to make a 9mm that can utilize either Colt or modified UZI magazines. The other build is a toss up between a 10mm and  .45acp. At this time I am leaning more towards the .45 as it’s one less cartridge I need to stock.

Lastly I just ordered two of the fantastic Spike Tactical AR-15 stripped lowers. You know the ones with the spider logo. Not sure what these will grow in to. 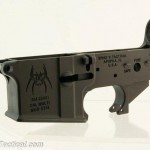